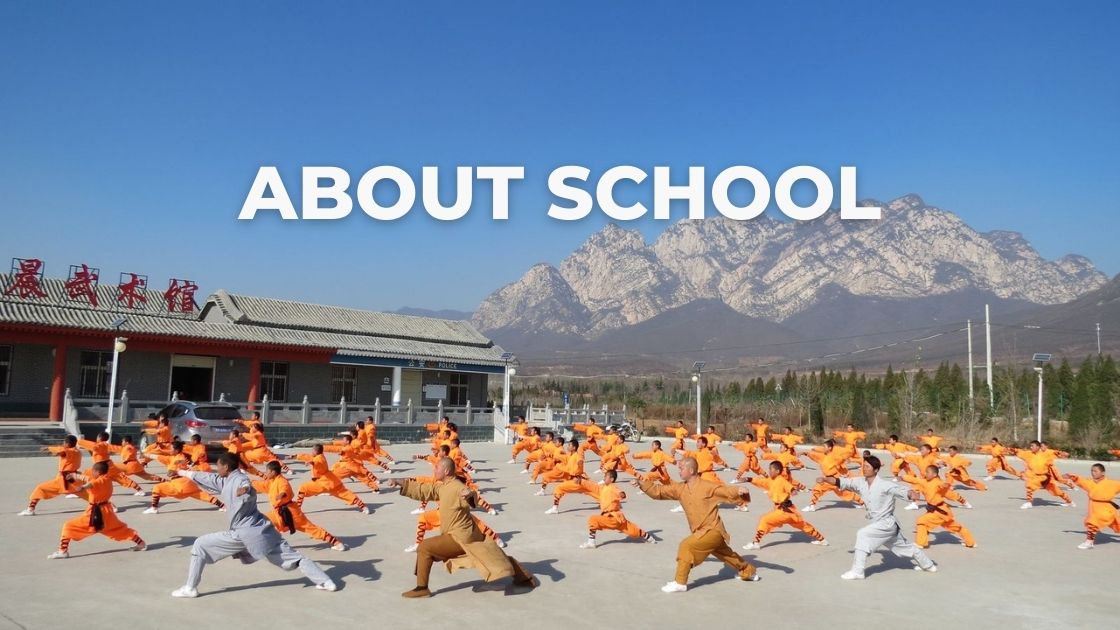 Where else to learn kungfu, if not in Shaolin? You may fly to Zhengzhou, Henan Province, take a taxi to Dengfeng and from there to the Temple. And find that nobody is going to teach you kung fu. Shaolin is not only a mysterious enclosed abode high in the mountains, where monks practice secret techniques. In other hand is a noisy place, quite commercialized, which is visited by about 10,000 people a day.

Chances are, you won’t even be able to take a picture without other people’s figures in the frame, let alone find a place to meditate.

Some foreigners find a way (who know Chinese) is to go back to Dengfen and get around all the Shaolin kung fu schools. These are huge academies in which training is literally “put on stream.” Well, everyone has his own way to kung fu in army atmosphere of thousands of schools with clear regulations will be to your liking. If it is possible to clarify all the conditions in broken English and agree on the cost – the price for foreigners is usually not distinguished.

By the way, before going to China, do not waste time to “learn” English. You’re unlikely to hear anything in Dengfeng other than “Ha-low” and “bai-bai” on it.

But to watch a few films about martial arts will be useful: the culture of communication between the student and the master of kung fu is often shown quite authentically and for sure you will come in handy.

The wisest option to start your way in kung fu is to get acquainted with the small school of master Shi Yangchen right now, on this site choose a course.

My school in China

My school has been separate from Shaolin Temple since 2011 and used to be at the foot of Mount Songshan. On its opening, my shifu Shi Yong Qian and my shīxiōng blessed the school and consecrated the altar, the figure of Guan Yu in front of the entrance.

In the spring of 2019, the school had to move inland to Henan Province, in the vicinity of the ancient city of Xuchang and for a time it was located there, on the territory of the monastery of the White Rabbit. This move was not an easy choice, but the goal – to preserve the authenticity and traditions of kung fu – was achieved, but despite the fact that in the temple we always have to think well how to proceed.

In the absence of the usual European amenities, I am glad that you understand me and apreciate our Culture, but far-sightedly, I see that in Xuchan is not a very good place to continuet growing here. Mountains far away, around rye, air does not move, the ground is soft, so a lot of dusty. Is it possible to hard practicing in such conditions?

Yes, Temple White Rabbit occupies an area of 7.5 hectares, it is beautiful and first mentioned in ancient manuscripts, as it existed already in 502 AD. The monks of the White Rabbit have been studying traditional Chinese medicine for centuries and practiced kung fu in these walls. To train where more than a thousand years improved the skill of the wushu generation of monks – it is not the same, but machines from the brick factory did not disturb the morale of the monks in those days.

Through the prism of own sensations, the disciple enters the inner state that the great masters of the past, trained in the walls of the Shaolin Temple. The energy of previous generations gives qi to achieve an inner awareness of the essence of kung fuand the path to sensations is only through a calm heart. Так я продолжил поиски места, где заниматься можно спокойно и сфокусировано.

There are several sports fields for classes and meditations on the premises of the new school in Ruzhou Good new kitchen and equipment where we prepare traditional food for students. Some of you have already seen my parents and my wife’s parents. They help us run the farm, and the cook is my aunt.

The school building has:

The school is open to students of all ages and sports training, all students are engaged directly with me and study the authentic program of Shaolin kung fu into account the length of stay also from disciples and my wife Lily.

Think, read, question, compare and make a choice with your heart: it is not mistaken.