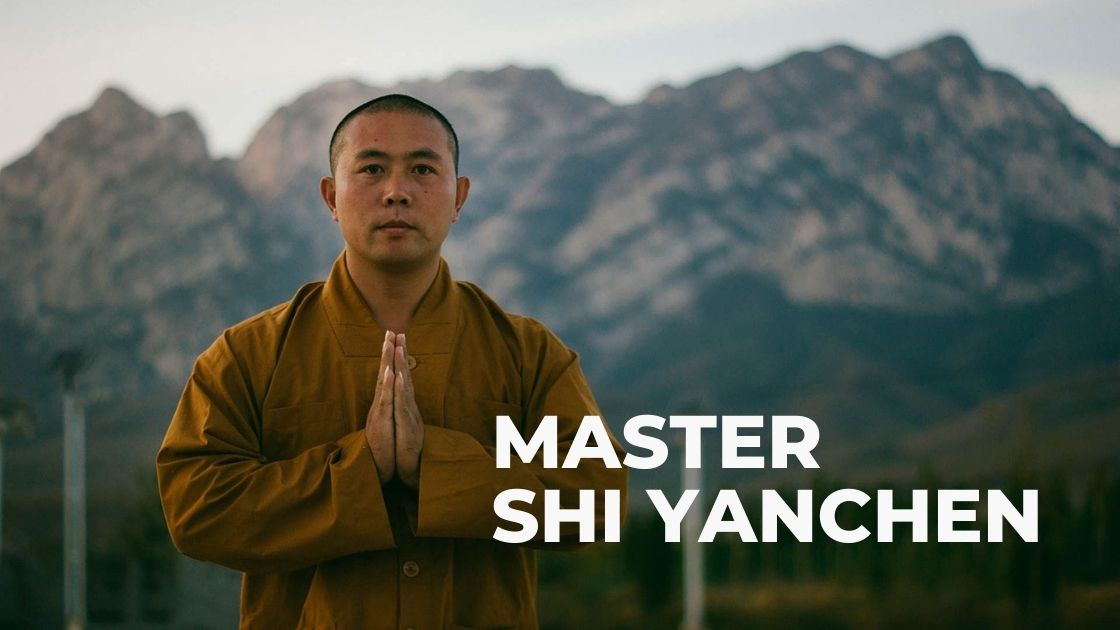 Almost 10 years ago, Shi Yanchen became shifu for 6 boys from his home village. And now more than 700 people turn to the Master. There are no former students.

The word shifu (师父, shīfu) is unparalleled in foreign language;
shifu is a Buddhist concept that unites both teachers and fathers. In the process of joint classes, conversations, shifu conveys to students his experience, outlook, attitude to life, which correspond to the principles of chan-Buddhism (Zen) He is experienced and educated as a teacher, and strict, caring and attentive as a father.

As a light source, shifu shows the student his own right way, helping not to go astray. But at the same time does not lead by the hand, does not give ready-made recipes, and directs his consciousness and gives an inner confidence that the path is chosen correctly.

I feel my calling to be at home in China. To be surrounded by Songshan mountains. That’s why my school took place here, near the Shaolin Temple.

Shi Yanchen is Buddhist anme. The prefix “Shi” means that he received an initiation in the monastery of Shaolin and has his spiritual mentor – shifu . By passing experience and skills to students, shifu Shi Yanchen maintains the tradition of following Buddhist lines of learning continuity.

You may be interested to know that there are no standards, strict rules and techniques for learning how to own a body and different types of weapons. There is a direction, there is a single thread, in the process of winding which becomes possible to understand kung fu in Shaolin.

Conventionally today there are more than a thousand styles kung fu and they continue to be added. Every martial artist contributes something of his own. And from the usual movements and ligaments there is a new style kung fu as well as a new recipe for food in the kitchen of a talented chef from the usual set of products.

Large popular schools and academies of kung fu-shifted from the traditional style of teaching Shaolin culture and Chan Buddhism.

How to convey the experience, methods and interpretations of techniques – a personal matter of each Master. Therefore, large schools and kung fu are not quite traditional for teaching the culture of Shaolin and Chan-Buddhism, although large educational complexes are also enough around the monastery.

The monks of the monastery prefer to train alone or in the company of the nearest students, and this has always been the case. Therefore, the school, which was created by Master Shi Yanchen lives by family rules and traditional canons, this is its value. For everyone who comes to school, he is a father and a teacher. He lives like a real father, with his family at school, and does not come as a coach, several times a week.
Once you come to shaolin school to teach kung fu to master Shi Yanchen you become part of a large family of students who do not lose touch with each other, continue to communicate and after you leave school.
If you dream:

Leave the application with your wishes and book a plane ticket. The school will take care of everything else.